For a site 40m x 100m, I would just get out the total station and check it. I don't think it is necessary to check it every time but enough to get a good feel for the actual accuracy you are getting.

The thing I have a hard time getting across is the error for each layer compared to the thickness of the volume. If i have 0.10m error in the original layer, then 0.10m error in the final layer, but the vertical difference between the two layers is 10 meters, Then your error estimate would be 2% which is pretty good.

0.2 meter total error when the total average depth of the volume is 1 meter, then your error estimate would be 20%.

I'm with JaRo on this one.

SOP for all our photo topo jobs is to check points.

Unless this isn't a job where something is getting built. To get an accurate check, you need to measure the site with a different procedure and different equipment (our spec's call for equipment 3x more accurate than published accuracy), then calculate the volume with different software and COMPARE results. You will be surprised. I'd expect your quantities to vary by ±4% or more.

At least run the field data through a second software. They all calc volumes slightly different.

Agree with Lee. The only way to get a quantifiable standard error are independent measurements of a higher accuracy, per NSSDA specs.

However, methodology for quantifying the error aside, for the final volume you will be computing the combined error for a sum of quantities.

The combined error of a sum is the square root of the sum of the squares of the standard errors, which yields approximately 566m3.

Yeh so i have RTK obs on the surface which have a higher vertical accuracy which i will use for some checks.

Maybe I should of explained the situation further. I used photogrammetry to compute a stockpile survey. The one

The relative uncertainty between the two surfaces as you have said is the square root of the sum of the squares which computes at +/-0.1m.

so with that said my question really was if people thought it would be okay to use the relative uncertainty between the two surfaces to compute a total volume uncertainty. which would look like

or is there another process such a uncertainty of a mean which is used where the mean is the relative uncertainty? as its a +/0.1 will there be points that will cancel each other out and approach 0 and if this was a problem is there a equation to compute the real average uncertainty??

Don't worry about it.  No matter what you do some guy named Jed with one of these 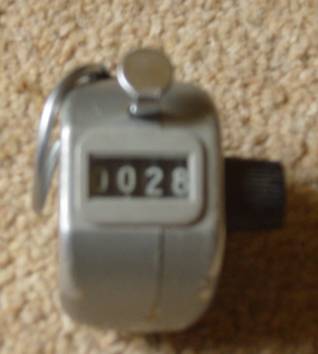 [attach]4898 is going to call you wrong based on his truck count.

That was typically my experience.  Good Day, Jp

“He doesn’t do a lot of work around here. He shows zero initiative. He’s not a team player. He never wants to go that extra mile. Tom is exactly what I’m looking for in a government employee.” Ron Swason about employee Tom, Parks & Rec tv show